Cutting the Gordian knot: A road map for British exit from the European Union

By Iain Murray and Rory Broomfield

This submission examines the immediate steps and issues that Her Majesty’s Government would need to take following a decision to leave the European Union.

The submission examines the various options relating to membership of the European Free Trade Association and the European Economic Area and rejects them as a starting point for the Article 50 negotiations.

Instead the submission recommends a simple bill in Parliament aimed at repealing the European Communities Act 1972 and establishing a Royal Commission on Regulatory Reduction aimed at reducing the burden of EU-imposed regulations and “gold-plated” regulations inspired by the EU. The submission estimates the benefits to such a Royal Commission could be extremely significant. 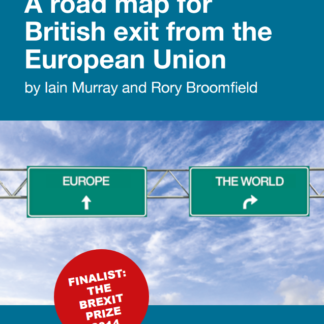 You're viewing: Cutting the Gordian knot: A road map for British exit from the European Union £0.00
Add to basket
Enter your name and email and get our occasional VIP newsletter... it's FREE!