When the people of Britain voted to leave the European Union in June 2016, the word on everyone’s lips was Sovereignty. But what is Sovereignty? There were some who tried to convince the British people that Sovereignty didn’t really exist, or that if it did, it was over-rated. A few self-styled experts claimed that Sovereignty could be extended or pooled; others insisted that Sovereignty was merely “the ability to get things done.” All of those pundits were wrong – although they were hardly to blame for their errors. Sovereignty actually starts off life as a spiritual transmission from the spirits of the land, but this is no longer taught to the general populace. However, a few mystic types did know about Sovereignty, and so they weren’t at all surprised when its spirit rose up from the land on the Summer Solstice of 2016, and infused the hearts and minds of the ordinary people of Britain. In this book, you will learn all about the spiritual source of Sovereignty – and how to find it and reclaim it in your own life and on your own land. This book was originally issued as The Sacred Sex Rites of Ishtar. 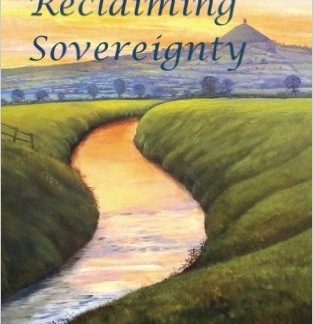 You're viewing: Reclaiming Sovereignty: Shamanic Earth Magic £12.41
Buy at Amazon
Enter your name and email and get our occasional VIP newsletter... it's FREE!