Tommy Robinson Enemy of the State

The powerful story of Tommy Robinson, former leader of the EDL and a man persecuted by the British state, simply for standing up in support of British troops. Tommy describes growing up on the streets of Luton, a town plagued by Islamic extremism and criminal gangs and how his livelihood was taken from him when he led a street protest against it. Hounded through the courts and thrown to the Muslim underworld which runs England's prisons, when Tommy refused to be broken the police tried to blackmail him – into working for them. 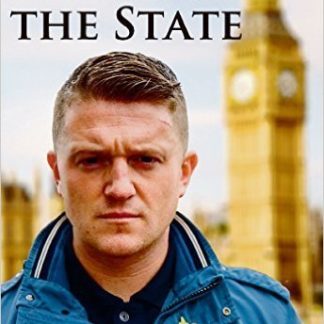 You're viewing: Tommy Robinson Enemy of the State £15.00
Buy at Amazon
Enter your name and email and get our occasional VIP newsletter... it's FREE!